THESE FIRES ARE SUSPICIOUS … SHIRLEY!

At 11.38 this morning Woodend CFA was called to Grass & Scrub fire that had spread into trees in parkland near Shirley Park. Woodend Captain was first on scene and discovered an area of about half an acre fully involved, with flames creeping up several large cyprus trees. Woodend Captain called for Make Tankers 5 and then asked for another two tankers for water supply. It took just over two hours to bring the fire under control and black out. Those attending were Woodend T1 and T2 as well as FCV along with tankers from Macedon, Carlsruhe, Tylden, Newham and Hesket. We arrived back at station around 2pm and were packing up, when we were called to another fire in the same area. Once again, Woodend Captain was first on scene and discovered a smaller fire about 100 metres from the original. The fire was quickly contained and extinguished by Woodend FCV, T1 and T2 along with tankers from Carlsruhe and Newham, with Macedon not needed. Police were called to both fires and believed to be suspicious circumstances. If you see a group of children in the parkland near Shirley Park please keep an eye on them. 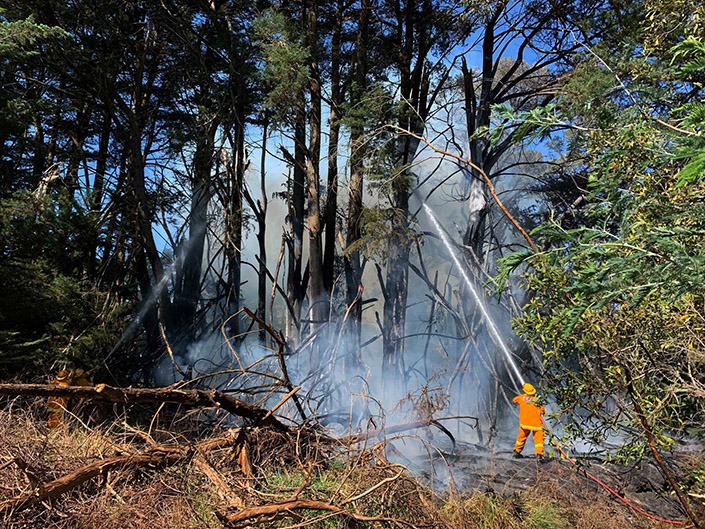 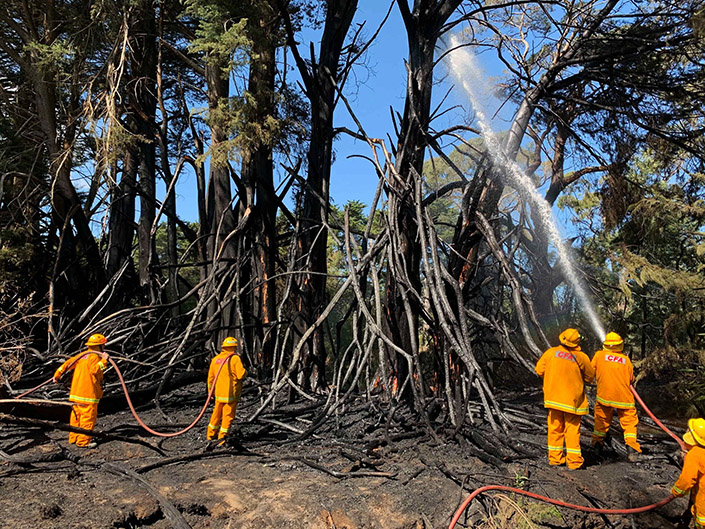 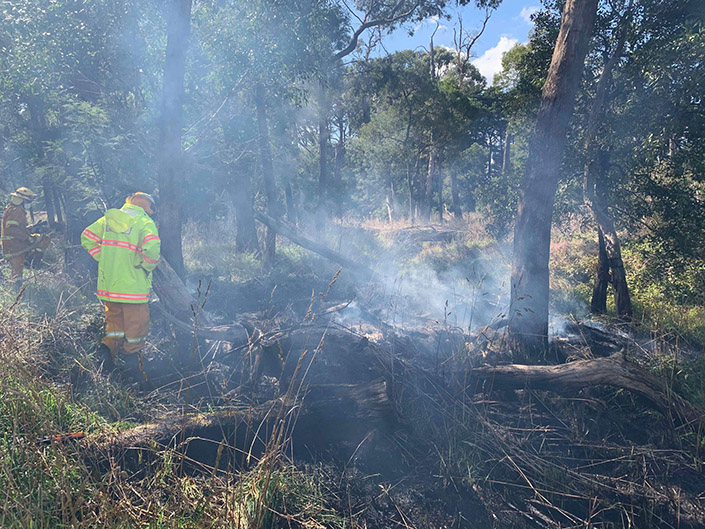 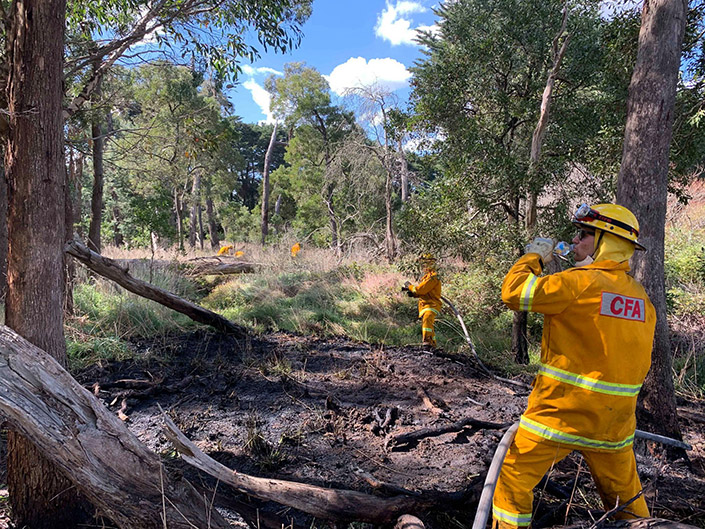