At 12.30 this afternoon Woodend T1 was called to fast-moving grass fire on a property on Dons Road in Newham. Newham T2 was first on scene coming directly from another strike on nearby Boundary Rd, and seeing the fire immediately called for ‘make tankers 5’ and then ‘make tankers 10 with aerial support’. Woodend FCV was then paged at 12.50 and on arrival, Woodend Captain was asked to take over running the job to allow Newham tanker to fight the fire. Newham did a great job of hitting the head of the fire quickly to stop the spread. With two tankers from Newham and others from Woodend, Kyneton, Carlsruhe and Hesket-Kerrie, Woodend Captain put a stop on aerial support and further tankers as the fire was quickly brought under control, with further assistance from Parks Victoria. Crews remained on scene for approximately an hour to continue blacking out, with an area of around 5 acres being impacted. 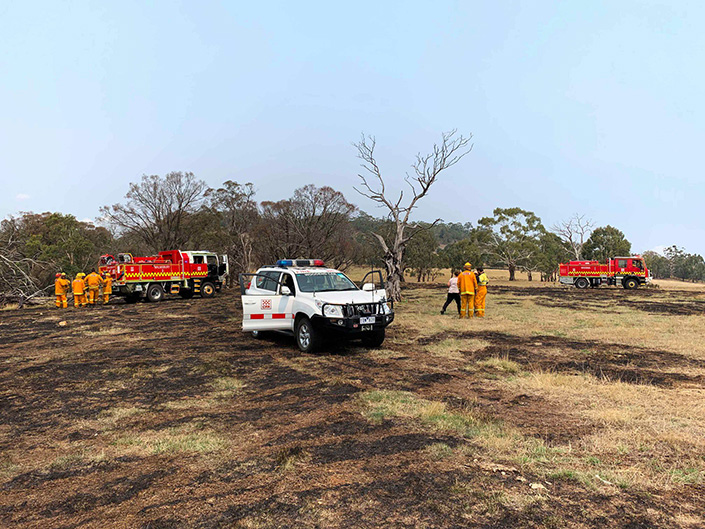 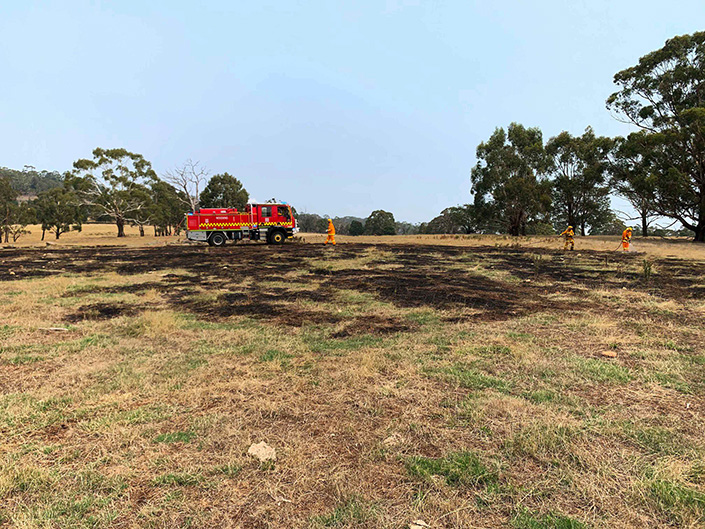 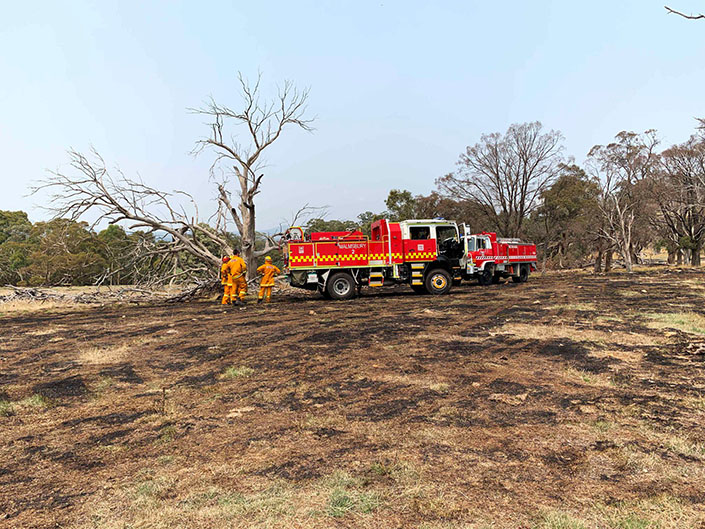 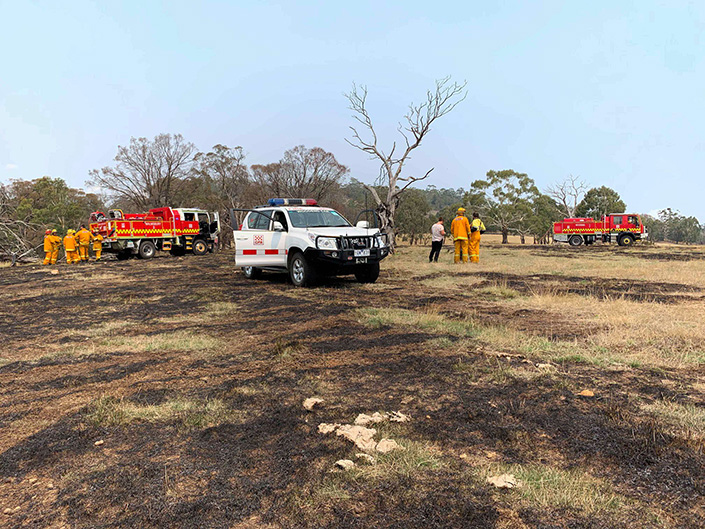 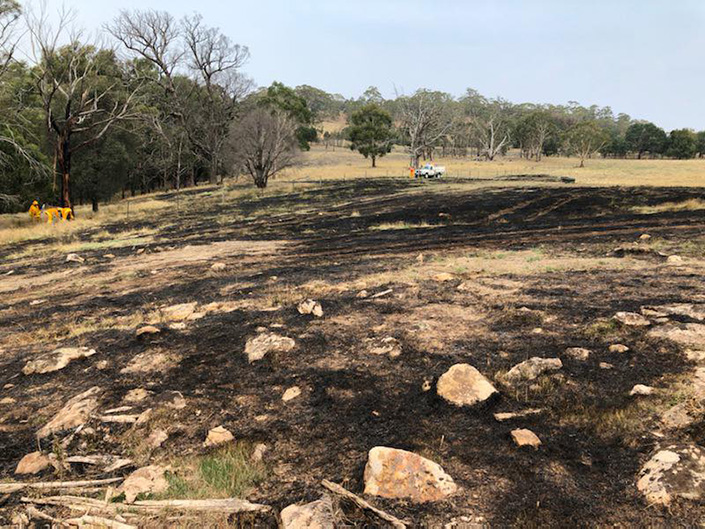 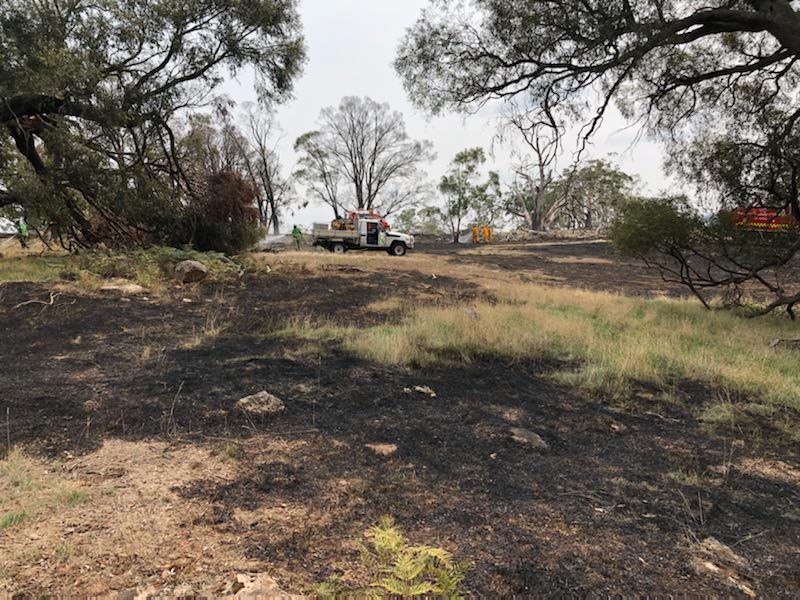 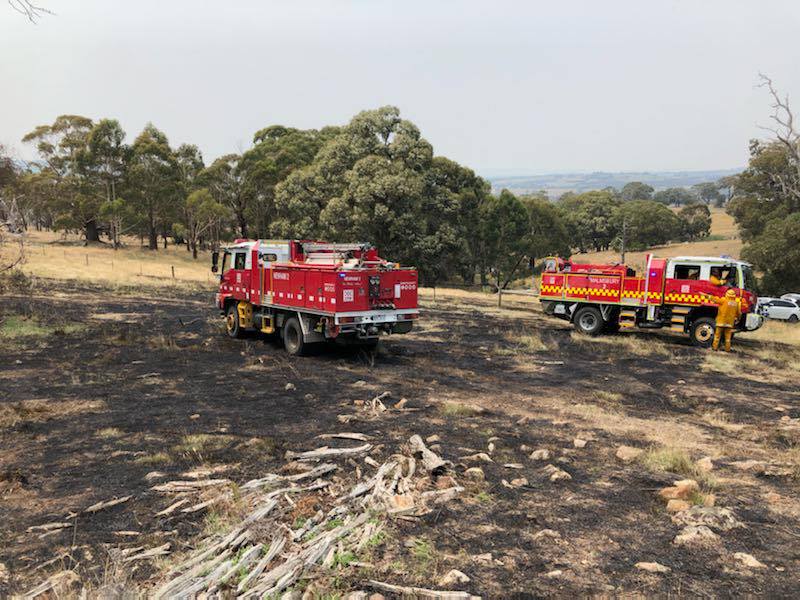