GAIL’S VERY SPECIAL DONATION SHOWS SHE HAS A BIG HEART

Gail Jones wanted to make a donation to the Woodend CFA at a recent market, but was unable to do so on the day. We suggested she drop into the fire station the next day during our Sunday roster. When she arrived the only person at the station was Secretary Annette van Huffel. Gail asked if there was anything special the Brigade needed and Annette said we were looking at purchasing a Defibrillator. Gail then asked how much was needed and when Annette mentioned the amount, Gail covered the cost immediately. The Brigade has now purchased the Defib Machine which has been placed on our new Tanker. Gail recently dropped into the station where she was photographed with Annette and the new purchase. A very special donation from a very special person. Thanks Gail. 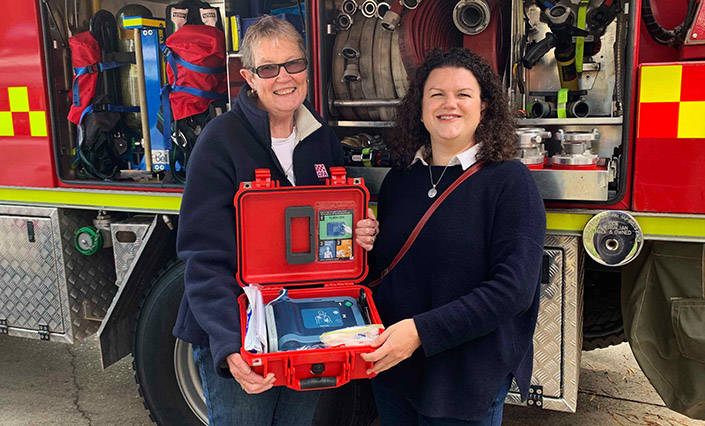