Just after 3am this morning we were called to a fire at a Laundromat. The building owner had been alerted by Security, via CCTV, and was able to reduce the fire with extinguishers prior to the arrival of Woodend CFA. We found a double drier on fire, filling the building, and neighbouring retail premises, with smoke. Woodend fire fighters wearing BA (Breathing Apparatus) emptied the burning load from the drier and began the extinguishing process. A good turnout for a cold early morning, with 15 volunteers in five appliances attending. Fortunately damage was limited, and hopefully the owner will be back operating ASAP. A timely warning to the dangers that clothes driers present, especially in winter. Whilst the actual cause is unknown at this time, it could well be electrical, a build up of lint, or residual oil in the washed items. The owner regularly cleaned the lint filters. The latter is an interesting lesson, as some work clothes/materials can hold motor or cooking oils, which are highly flammable. Even a good wash can leave some oil still in the item, and when exposed to the heat in a drier can ignite … especially when left in the drier for a long time. 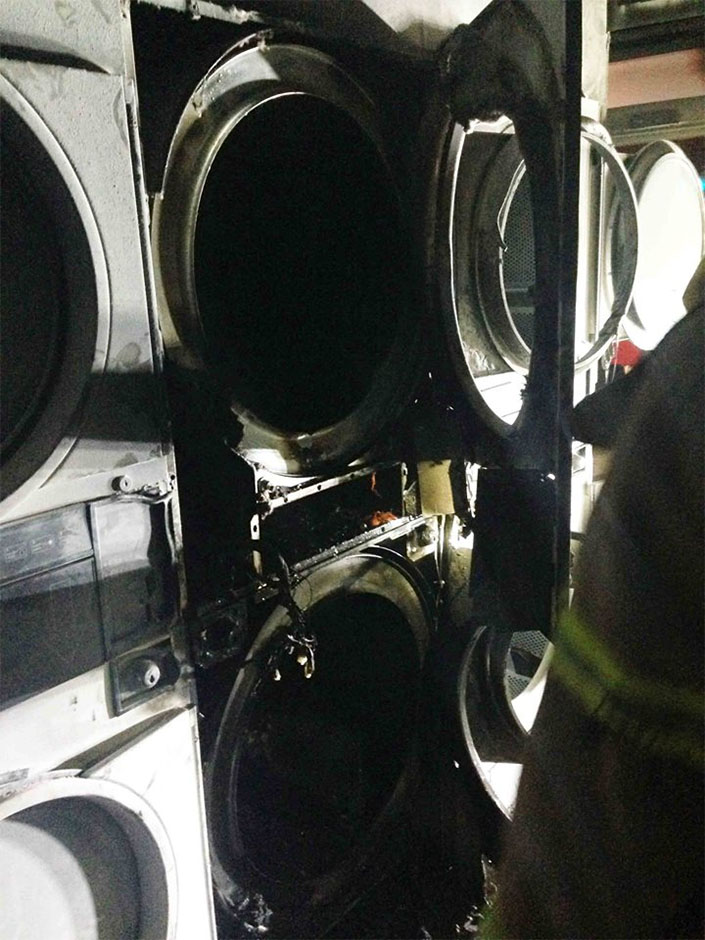 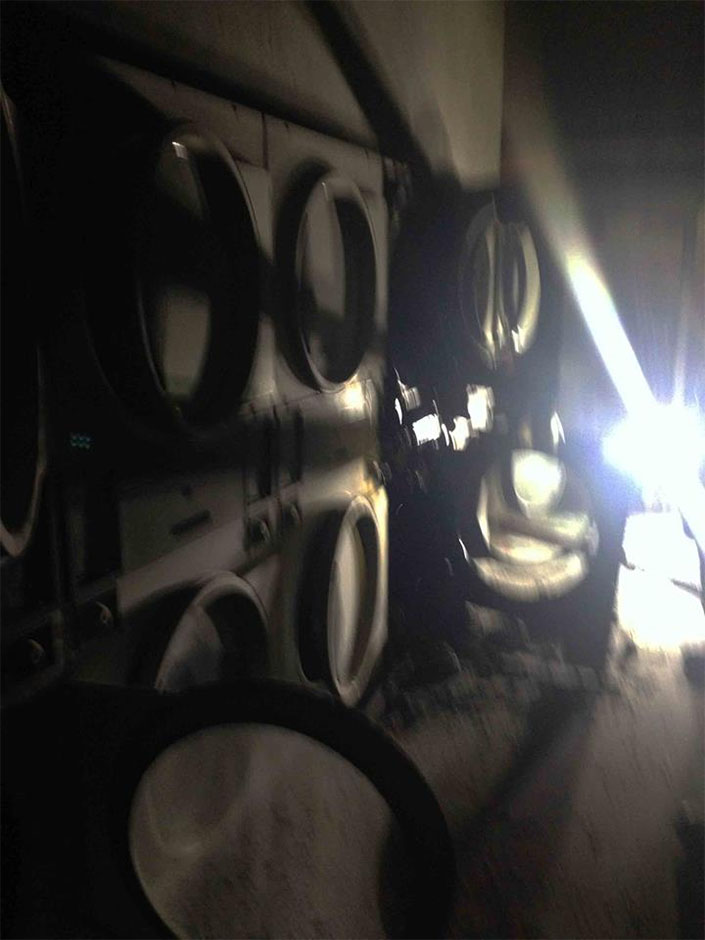