ANOTHER CRASH ON THE CALDER

At 10.30 this morning Woodend T1 was called to an MVA on the Calder Freeway. On arrival we found a single ute had collided with the side barriers of the freeway, preventing it from veering into oncoming traffic. The 000 call included reports that diesel had been spilt. When on scene, we found that the side and undercarriage of the ute had been significantly damaged by the wires, including a hole in the top of the fuel tank. The crew made quick work of the hole, patching it up in no time. Woodend T1 stood by as the ute was loaded up and towed away. Luckily no one was injured except for some sore barriers. 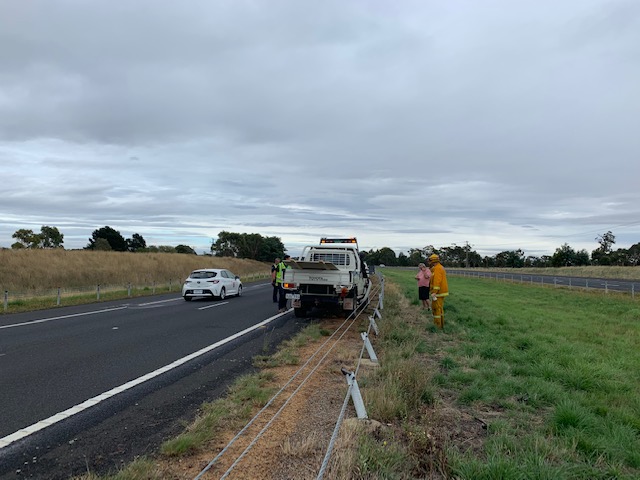 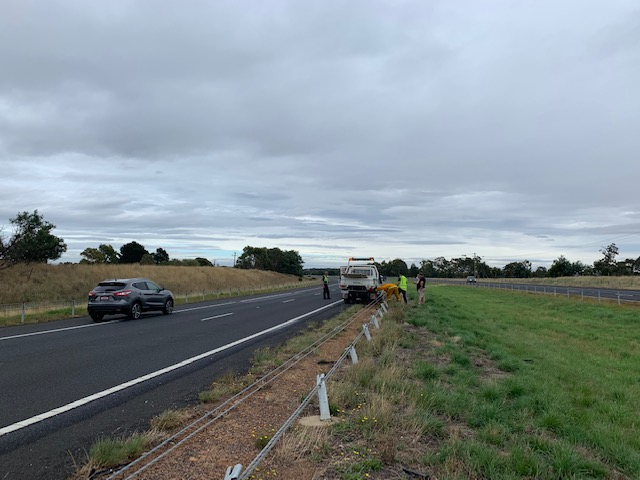